When you are planning to explore the beauty of northeast, you can get a Shillong Kaziranga Guwahati tour package. Shillong, the capital of Meghalaya, is known for its stunning views and natural escapes. Kaziranga is the area where you can see the nature in its wildest manner. And Guwahati, the hill station in Assam, is the perfect blend of modernity, nature, and the rich heritage. At Unique Holidays, we offer the most exquisite Shillong Kaziranga Guwahati tour package that is fit for your budget.

You can get customized tour packages from us that can be tailored to meet your travel requirements. We analyze your travel desires and custom make this package as well. With this tour package, you can explore the beauty of these hilly towns in the most relaxing manner. We offer you the perfect package that covers your transport, accommodation, and the visit to all the important destinations in the three destinations like Cheerapunjee, Mwallaynong, Thankarang Park, Koh Ramhah, Khrem Falls, Dawki, Kaziranga National Park, Kamakhya temple, and many more. You can be rest assured that you will get the best of the travel services from our expert tour and travel planners. You can simply enjoy your trip to these beautiful cities while we take care of all the planning. So, get in touch to make any customizations. 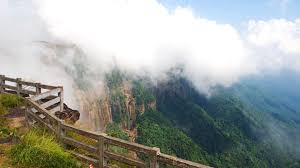 Meet and greet with our repersentative at Guwahati Airport/Station and drive to Shillong. En route witness the Umiam Lake or Barapani - is the biggest artificial lake in Meghalaya in midst of sylvan hills adorned by Khasi pines & peerless beauty. (Lunch enroute at your own cost).

Check-in Hotel and after refreshment if time permits visit Cathedral of Marry and Ward’s Lake. Evening free at leisure to explore the region on own. You may take a walk to the famous Police Bazaar for shopping. Dinner at hotel. Overnight at Hotel in Shillong.
Day 2: 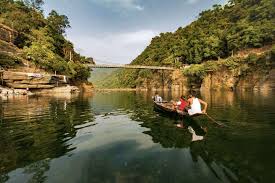 After breakfast drive to Cherrapunjee, the wettest place on the earth, for an awesome day trip. En route visit the famous Elephant Falls and Shillong Peak - to enjoy a bird’s eye view of Shillong city. At Sohra, stop at the Duwan Sing Syiem view point for mesmerizing views of the Hills.

In Cherrapunjee be witness to the gorgeous Seven Sisters Falls and Nohkalikai Falls. Later take a soft cave walk inside the Mawsmai Cave. The limestone cave is a natural wonder with innumerable formations inside it.(Lunch at your own cost). 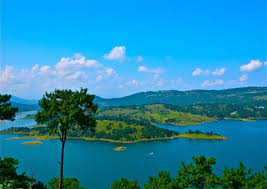 Mawlynnong’s fame is now drawing an endless stream of guests from across the country and abroad. Although residential facilities are still scarce and are in the process of being developed, the existing one constructed from bamboo and thatch is quite hospitable and restful. Mawlynnong is an artist’s delight and the sort of getaway that would titillate creative writers and poets. (Lunch at your own cost).

Dawki: A day’s excursion from Mawlynnong, Dawki lies but 2 Kms from Bangladesh. Despite the fact that the area is located in a place that has been for years demanding development, one is amazed by the quality of the roads, and the road to Dawki perhaps epitomizes the idyllic hill drive. The black metalled road, offset by the rich, wet green and dark red-brown patches offered a smooth contrast that technology can scarcely capture. The cool, wet air brushes over your face and refreshes and revitalizes you as it enters your body. Dawki is a small village and its main attraction is the Umngot River that marks the natural separation between the Khasi and the Jaintia Hills. The river can be forded by a suspension bridge that connects India to Bangladesh and facilitates trade between the two nations. The Umngot is the site for a boat race that is held in March-April, but even otherwise, seeing this large emerald-green serpent threading its way through the hills, with fishermen’s boats dotting its surface, right into the plains of Bangladesh, is a sight whose majesty echoes long after you leave it.

After breakfast drive to Kaziranga. Halt at Kaziranga Orchid (Lunch at your own cost).Check in at hotel. Dinner at Hotel. Overnight at Kaziranga.
Day 5: 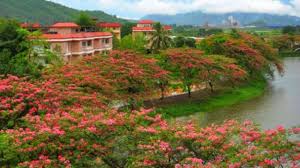 Kaziranga, the World Heritage Site is the oldest park in Assam & is located on the banks of the Brahmaputra River. Kaziranga National Park is a natural habitat for conservation of biologically diverse flora & fauna. It is inhabited by the world’s largest population of one-horned rhinoceroses besides sheltering about 15 species of India’s threatened mammals. There are numerous other major wildlife fauna.

Early morning go for Elephant ride @5-30 A.M/6: 30 A.M./ 7 :30 A.M.( Subject to allotment from forest department) . Return for Breakfast to hotel. After breakfast proceed for Jeep safari in the Central Range. With Kohora as the entry point, the Central Range covers the Daphlang and Kathpora . Lunch at your own cost. Later enjoy Local Village & Tea Garden (Outer View) tour. Overnight at Kaziranga.

In the afternoon you may take an optional Jeep Safari (at ADDITIONAL COST) in Western Range of Kaziranga National Park. With Bagori as the entry point, the range covers the Monabeel, Bimoli, Donga areas. Dinner at Hotel. Overnight in Kaziranga.

Note: This is for your information that elephant ride and jeep safari and forest entry are regulated and controlled by the forest dept. Govt. of Assam. As such we do not have any control for booking of elephant seats and entry by jeeps
Day 6: 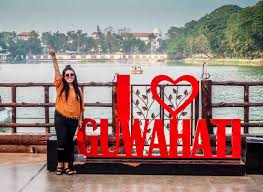 After Breakfast check out and drive to Guwahati. Check in at Hotel. (Lunch at your own cost) Later visit Kamakhya Temple, Sankardev Kalakhetra.

Dinner at Hotel. Overnight at Guwahati.

Situated on top of the Nilachal Hill, Maa Kamakhya Temple is the most sacred among the tantrik shrines of Shakti worship in the world. Kamakhya temple is also famed for the annual Ambubachi Mela held for 4 days during monsoon season. There are images of Lord Ganesha, Goddess Chamundi and many dance fixtures. Situated on the Nilachal Hill, the temple structure resembles a Shikhara - a beehive. Besides the main Devi temple, there are temples of 10 Mahavidyas in and around temple. These include Bhuvaneshvari, Bagalamukhi, Chinnamasta,Tripura Sundari, Tara, Kali, Bhairavi, Dhumavati, Matangi and Kamala Temples. Temple doors remain open for devotees in the following timings - 08:00 am to 01:00 pm & 3:00 pm to 5:00 pm.

Srimanta Sankardev Kalakshetra is the cultural complex, named after the most revered Saint of Assam, Srimanta Sankardev and provides a glimpse into Assamese culture & heritage. It has a cultural museum, library and various facilities for preserving, demonstrating and performing cultural items, besides a children's park within the sprawling premises. The Central Museum exhibits culture and heritage of different ethnic groups of Assam showcasing their dance, drama, music and art. Another famed attraction in the Kalakshetra is an Artistic Village. This Assamese village portrays the village life of Assam in the form of life like statues and model thatched huts.
Day 7: