Shillong is the capital of Meghalaya. It derives its name from Lei Shyllong, an idol worshipped at the Shillong Peak. Standing as tall as 1496 meters, Shillong provides a relief from the heat across the country. This hill station is known for its picturesque sights and traditions. The soothing climate makes Shillong suitable to visit in all seasons.
This package cost based on 02 person travelling together if no of persons increase or decrease cost will be change & cost valid till up to month of September. 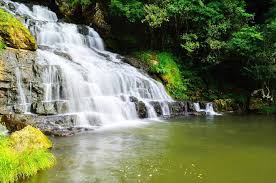 Upon arrival at Guwahati Airport/Railway Station Meet & greet with our repersentative & transfer to Shillong. Enroute visit Umium Lake (Linch enroute at your own cost). Check in to your prebooked Hotel. Dinner at Hotel. Overnight in Shillong
Day 2: 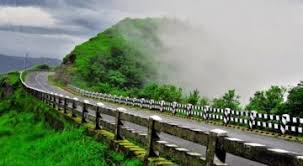 After early breakfast drive to Cherrapunjee (4,400 ft.), the wettest place in the world. You will see the beautiful waterfall known as Nohkalikai. You can also explore the caves known as Mawsmai (Lunch at your own). Later return to Shillong and do Local sightseeing in Shillong. Dinner at Hotel.Overnight at Shillong.

Shillong - The ‘Gleneagle of the East’ lies in the centre of a plateau surrounded by Khasi hills. The gorgeous city offers amazing tourist spots. The city’s own Ward’s Lake is popular for short garden walks & boating. The Botanical Garden offers plethora of indigenous and exotic plants & rare collection of orchids. Lady Hydari Park is a Japanese style landscaped park endowed with stretches of roses & exquisite flowers. The Mini zoo adjacent to the park has about 73 birds, 140 reptiles & mammals. One of the largest Golf courses in Asia is an 18 hole Golf Course is charted amidst a surging valley full of thick pine groves & rhododendron trees. Spend the evening in the splendid arena ! The State Museum is a display of the lifestyle and heritage of the people of Meghalaya. Shillong and its surrounding is dotted with splendid waterfalls cascading down deep valleys forming misty sparks as they break the silence of the surroundings. Elephant Falls is a mountain stream gorging down two successive falls set in dells of fern covered rocks.
Day 3: 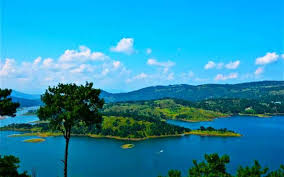 Mawlynnong’s fame is now drawing an endless stream of guests from across the country and abroad. Although residential facilities are still scarce and are in the process of being developed, the existing one constructed from bamboo and thatch is quite hospitable and restful. Mawlynnong is an artist’s delight and the sort of getaway that would titillate creative writers and poets..

Dawki: A day’s excursion from Mawlynnong, Dawki lies but 2 Kms from Bangladesh. Despite the fact that the area is located in a place that has been for years demanding development, one is amazed by the quality of the roads, and the road to Dawki perhaps epitomizes the idyllic hill drive. The black metalled road, offset by the rich, wet green and dark red-brown patches offered a smooth contrast that technology can scarcely capture. The cool, wet air brushes over your face and refreshes and revitalizes you as it enters your body. Dawki is a small village and its main attraction is the Umngot River that marks the natural separation between the Khasi and the Jaintia Hills. The river can be forded by a suspension bridge that connects India to Bangladesh and facilitates trade between the two nations. The Umngot is the site for a boat race that is held in March-April, but even otherwise, seeing this large emerald-green serpent threading its way through the hills, with fishermen’s boats dotting its surface, right into the plains of Bangladesh, is a sight whose majesty echoes long after you leave it.

Lunch at your own cost. Later return to Shillong. Dinner at Hotel. 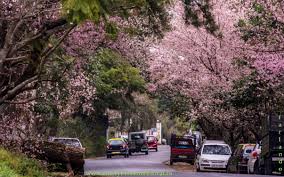 After Breakfast check out from hotel and drive to Guwahati for onward journey.