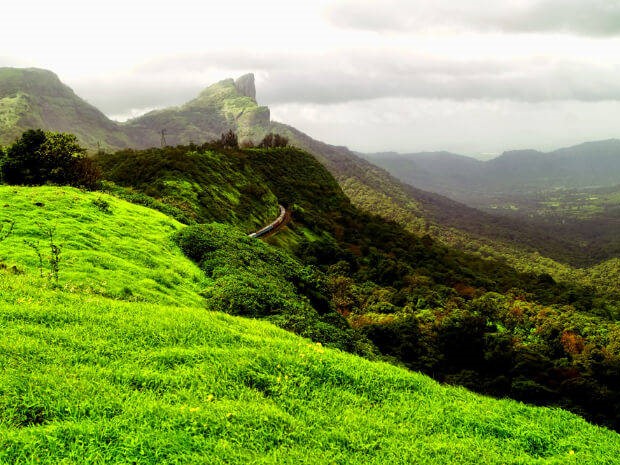 Lonavala is a popular hill station (From Delhi to reach Lonavala one should reach Bombay for package uholidays@gmail.com or 24 x 7 09213531173 ) surrounded by green valleys in western India near Mumbai. This hill station is located on Mumbai – Pune Express and it is 111.5 KMs from Mumbai. Time taken is around 2 and half hours. It is very famous for its candy knows as “Chikki” and is major stopover between Mumbai and Pune. Many popular Bollywood films have used the picturesque backdrop of Lonavla which is blessed with waterfalls, lakes and greenery. The name 'Lonavla' is derived from 'Len' and 'Avali' that roughly translates to 'the resting place of stones'. This scenic hill station was initially a part of the Yadava dynasty. Later, the Mughals used this beautiful hill-station as a strategic location against their rivals. In 1871, Lonavla and the sister hill-station, Khandala, were discovered by Lord Elphinstone. Nearby attractions are Lohgarh fort, Lion Point, Tiger Point and the Duke's Nose. With a population of 60,000 souls, Lonavla is must-visit hill station on the way between Mumbai and Pune.

This entry was posted on October, 18, 2019 at 17 : 30 pm and is filed under New Tour. You can follow any responses to this entry through the RSS 2.0 feed. You can leave a response from your own site.