We offer you the accommodation in your budget to most luxurious to make your holiday a special event. A variety of accommodations facilities are sure to cater to all needs at attractive cost. Kedarnath are the most revered shrines located at high hills of Uttarakhand and visited by million of devotees every year. This Do- Dham Badri-Kedar Charter Helicopter package will make darshan Badrinath ji & Kedarnath ji in a day tour. The package starts from Dehradun and take guests to Badri-Kedar darshan. 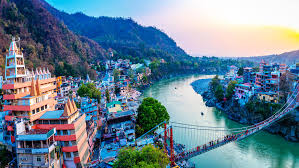 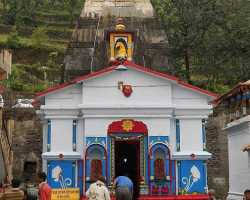 This morning after breakfast proceed to reach your Helipad to board your pre booked Helicopter flight to KedarnathJiDham. Priority Darshan at KedarnathDham. Pay homage to Lord Kedar and have blessings.
KEDARNATH JI:--The Kedarnathji shrine, one of the 12 jyotirlingas of Lord Shiva, is a scenic spot situated, against the backdrop of the majestic Kedarnathji range. Kedar is another name of Lord Shiva, the protector and the destroyer. According to legend, the Pandavas after having won over the Kaurava in the Kurukshetra war, felt guilty of having killed their own brothers and sought the blessings of Lord Shiva for redemption. He eluded them repeatedly and while fleeing took refuge at Kedarnathji in the form of a bull. On being followed he dived into the ground, leaving his hump on the surface. The remaining portions of Lord Shiva appeared at four other places and are worshipped there as his manifestations. The arms appeared at Tungnathji, the face at Rudranathji, the belly at Madhmaheshwar and his locks (hair) with head at Kalpeshwar. Kedarnathji and the four above-mentioned shrines are treated as PanchKedar.Later board your helicopter to down back to Guptkashi, (Lunch on your own at any good restaurant or hotel)back to hotel,Dinner at hotel
Overnight at hotel in Guptkashi.
Day 3: 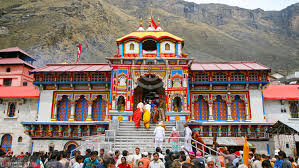 This morning after breakfast check out from Guptkashi hotel and drive Badrinathji via Chamoli, Joshimath. Upon arrival Check in at your pre booked hotel. (Lunch at hotel or restaurant on your own) After Fresh n up, Evening visit Badrinathji Temple and attend Aarti. Back to hotel. Dinner at hotel
Overnight at hotel at Badrinathji.
Day 4: 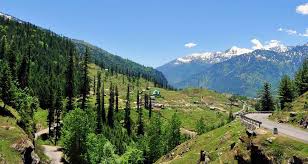 Today early morning visit temple again and have darshan and perform Pooja to Lord Badrinath, Back to hotel for breakfast and check out from hotel, later visit other places of sightseeing mentioned in itinerary. (Lunch on your own) After Lunch start drive back to Srinagar/Kirtinagar, Uttarakhand, Arrive Kirti Nagar in evening and check in to your pre booked hotel. Dinner at hotel
Overnight at hotel in Kirti Nagar.
Day 5:

Today morning after relaxed breakfast check out from Hotel and start driving towards to Dehradun. Arrive Dehradun on Time and drop at airport to board your flight to your own Destination.